* You will receive the latest news and updates on your favorite celebrities!

Things to do in Acadia during winter

Fun things to do in Svalbard in winter

The ultimate Lofoten winter guide and things to do in Lofoten

14 Things to do in Bergen in winter

Fun things to do in Tallinn, Estonia in winter

Amazing things to Do in Suduroy, Faroe Islands

Home > Travel Tips > MOST DANGEROUS ROADS IN THE WORLD

MOST DANGEROUS ROADS IN THE WORLD

We all want to go in the right direction, isn’t it?  But what if the right direction takes us to the dangerous paths?  If, you’ve got adventure in your soul, have a restless spirit, and love exploring, then the time is here to explore some of the most dangerous roads in the world. Let’s leave the road and take the trials; let’s chase adventure.

This article includes the names of some of the most dangerous roads in the world which no one wants to take, as these are some toughest and roughest terrains to travel on.

The following are the roads in no particular order.a

The Atlantic Ocean Road is known for its beautiful view. It is famous for its most scenic drives in the world. This beautiful road takes you from the green coastal landscapes to the rocks with the beautiful view of the sunset. At the time of the storm, it is perilous to travel through that curvy roadway as the water lashes on the road.

The highway of death is also known as BR-116. It is the second longest highway of Brazil, extending from the north to the south of the brazil parallel to the coastline. It is of 4,385 kilometers long. It is referred to as the worst highway in the world for sexual exploitation of children. This highway is called “highway of death” because of the harsh weather conditions. 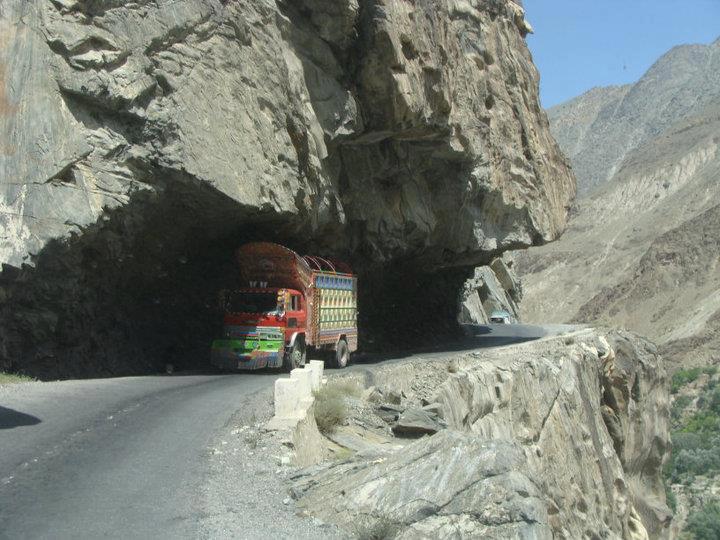 The Karakoram highway runs between Pakistan and China. It is a beautiful route prone to natural calamities such as landslides and heavy snow. It is a lovely scenic road if you like mountains and exploring but be careful with the curves and fatal drop-offs.

Dalton Highway road is one of the most challenging roads in the world. This road is terrifying as this road is coldest in the world and loneliest. Dalton highway is stretched to 666 kilometers and is two-lane highway road. The highway is said to be isolated because there are only three towns on this route.

The Zojila Pass is also known as “jojila” and “Zoji- La” pass is a significant route of India. It is of 5.6 miles and 11,500 feet above the sea level. This road is dangerous because of its uneven road surface. This road connects Leh- Ladakh to Kashmir.

The Guoliang Tunnel in China is one of the narrowest lanes in the world. Its 1.2 kilometers long, 4 meters wide and 5 meters tall in the Taihang mountains in China. The tunnel is carved out of the Taihang mountains, requires high attention while driving in this narrow tunnel. The government does not build this tunnel; 13 local people made it, and it took five years to complete this work.

Le passage du gois is a natural pathway with a stretch of 4,3 kilometers, and it is located on the Atlantic coast, France. This is an uneven natural causeway on which you can drive cars and ride bikes.  This natural causeway gets under the water up to 4 meters during rains and tides. Thousands of tourists visit this place to see the natural beauty of it.

Trans-Siberian Highway covers the long-distance of 11,000 kilometers from Vladivostok to St. Petersburg. It is one of the longest highways in the world. Along with one of the longest roads, it is famous for its harsh climatic conditions and uneven terrain. When driving through this highway, be prepared for the different sets of adventure. Sometimes, it is the unpaved roads, and sometimes it is the unpredictable weather conditions. 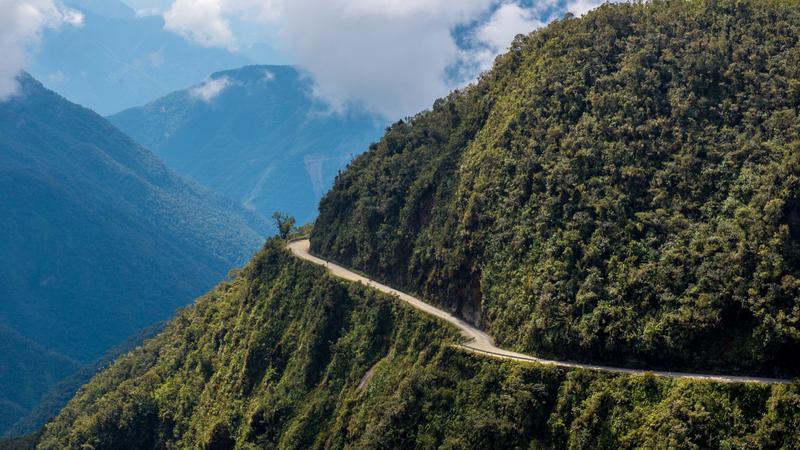 North Yungas Highway is known as the “Death Road.” It is considered as one of the most dangerous highways in the world for many reasons. The road is 69 kilometers long with a width of 3 meters. There are many reasons responsible that got this road, the title of the “death road.” While driving down this road, drivers face fog,  cascades, landslides, and cliffs that drop down at every turn. On average, around 300 people met with an accident on this road every year.

The Sichuan Tibet Highway is also known as the Kangding-Tibet highway. The highway is not a regular route with a stretch of 2,142 kilometers. This high-elevation highway with the bad driving surface is prone to frequent landslides, avalanches, and lousy climate. With the record of 7,500 deaths of the drivers out of 1,00,000 drivers makes this route the dangerous one.

The Skippers Canyon Road is 16,5 miles located in the south-west of New Zealand is famous for its beautiful view and narrow road. The road was carved out of the mountain by miners 140 years ago. If you encounter a car coming from the other direction, it is impossible to pass each other because of the narrow paths. The journey on this road is challenging in the night and at the time of rains as the surface gets slippery.

Luxor-al-Hurghada Road connects the ancient city of Luxor and Hurghada. The road is of 296 kilometers approximately. It’s a dangerous road because of the bandits and terrorists. They patrol the highway, frighten the drivers, and shoot the travelers. From escaping this situation of terrorist attacks, it is better to turn off the headlights at night on this highway as the bandits and the terrorist groups patrol the road in the darkness in search of an easy target.

Must visit cities in Europe

10 facts about the Panama city

Cold play: Where to have fun this winter?

Shivam, 2 years ago 3 min read
Destinations, Things To Do

Things to do in Acadia during winter

Fun things to do in Svalbard in winter

The ultimate Lofoten winter guide and things to do in Lofoten

14 Things to do in Bergen in winter

Fun things to do in Tallinn, Estonia in winter

Amazing things to Do in Suduroy, Faroe Islands